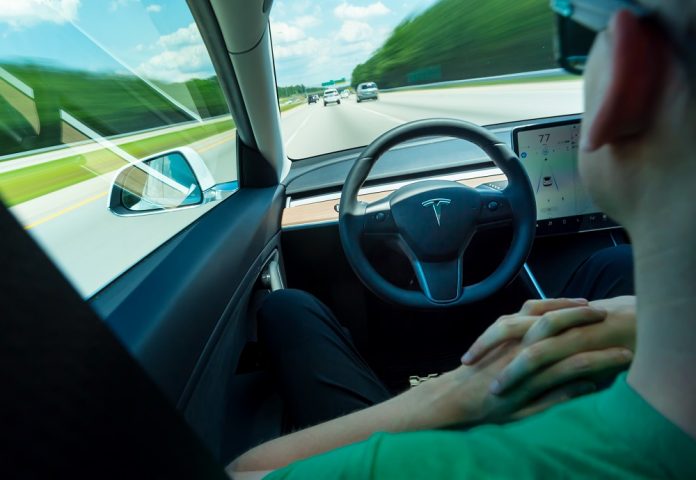 One of the first brands that come to mind when we talk about self-driving cars is Tesla. Although the Palo Alto-based company has often disappointed with its timing, it has promoted its self-driving capabilities in a very powerful way, thanks in part to repeated public speeches by its CEO, Pretoria-born Elon Musk.

Keeping track of Musk’s bold claims about ‘fully’ autonomous driving is a work in itself. Back in 2015, during Nvidia’s GPU Technology Conference, he said that making cars fully autonomous was almost a “problem solved”. In 2016 he stated that full autonomy would come in 2018. In early 2019 he declared that the autopilot system in cars would be “full-featured, fully autonomous driving this year” although he added that this did not mean the driver would be able to take himself out of the action (which would suggest a not insignificant misunderstanding of what Musk means by “fully autonomous” driving).

With the end of 2019 approaching, Tesla’s CEO scaled back his predictions and in a call with shareholders indicated that fully autonomous driving would only be accessible in a preliminary version by the end of the year, and by mid-2020 for everyone. However, 2019 having passed without this happening, by mid-2020 Musk stated that he felt confident that “level 5 or essentially full autonomy will happen, and it will happen soon”, adding that it would come later in the year.

You’re probably beginning to get a sense of what happened. Arriving at the end of 2020 without fully autonomous cars, Musk began to move the coming of Level 5 to the year 2021. But already towards the beginning of this year, the finish flag was prudently placed at the end of 2021.

This chronology was necessary, on the one hand, to allow the reader to understand how Elon Musk’s statements are often declarations of his wishes rather than real promises, messages from a visionary leader that should be framed in a perspective somewhere between incitement to his employees and wishful thinking, and placed in the same box as his proclamations on the imminent colonisation of Mars. On the other hand, it serves to make it clear to everyone that achieving the fabulous level 5 of autonomous driving, if even Musk himself hasn’t managed it, is a damned difficult task.

But what are these levels of autonomous driving? When we talk about self-driving cars, we are referring to the J3016 standard created by SAE (formerly the Society of Automotive Engineers, now simply SAE International), a US association (but active worldwide) that creates engineering standards.

This standard describes the characteristics of autonomous driving from level 0, no autonomy, to level 5, complete autonomy in all situations. 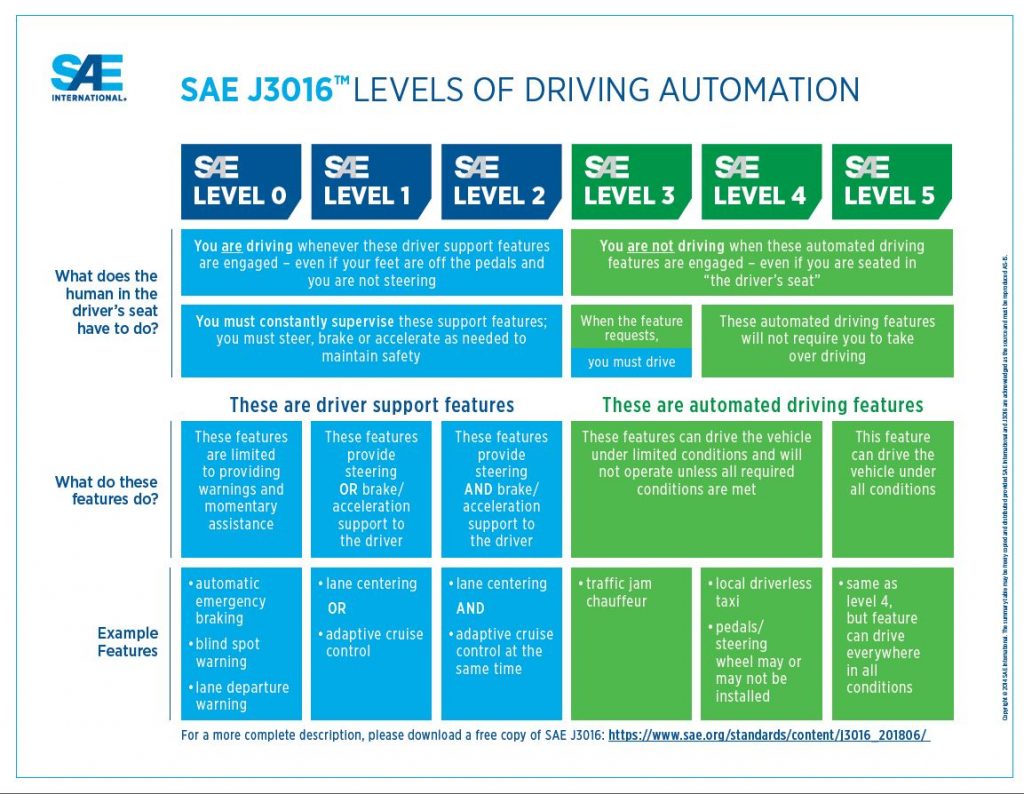 Not everyone in the industry agrees with the use of these levels, partly because autonomous driving is only one aspect of smart mobility, which is also made up of vehicle interconnections and intelligent interactions with advanced infrastructures (e.g. a road equipped with sensors), and partly because the SAE levels suggest a positive bias towards increasing levels of autonomy. A level 4 car is considered more technologically advanced than a level 3 car, although this – as we shall see in a moment – is not always the case.

But let’s leave these criticisms aside and keep the focus on levels. When we talk about level 5, we mean cars that drive themselves in all conditions. Vehicles where the steering wheel and pedals don’t even exist, for example in the Origin model by Cruise, General Motors’ very own autonomous driving company. Level 5 has not yet been reached by any manufacturer, while Level 4 cars, which are fully autonomous but only under certain conditions (road, weather, etc.), are still being tested.

The real watershed, however, is between levels 2 and 3. The latter, in fact, represents the condition where the car can drive without active supervision but can ask the driver to take control when necessary. Level 2, on the other hand, requires active driver supervision at all times. Tesla, for example, requires the driver to always keep their hand on the steering wheel, so that they can take control if necessary or if requested by the car.

Between these two levels, there is a world of difference, made up of technology and responsibility. If an accident caused by a level 2 guidance system allows the car manufacturer to claim that the driver should have been alert at all times, when the same happens with a level 3 guidance system, and if the driver was not called to drive or was called too late, the responsibility could be attributed predominantly or solely to the autonomous driving system (i.e. the manufacturer).

Not to mention that a level 3, due to the increased autonomy of the machine and the role of the human as supervisor, introduces a new set of issues revolving around human attention, legal responsibility and human-machine interaction. Having software that runs a machine most of the time, but requires a human to take control at short notice, perhaps due to critical and sudden events, is an inappropriate way of using the human component.

People’s brains are not ready to take over if they have been away from the activity for too long. If the human is not actively managing driving operations, his or her response to the sudden demands of a machine will be, at best, sloppy. Furthermore, engineers, psychologists and user experience specialists need to find the best possible way for humans and machines to cooperate in crisis situations. For example, an alarm sound may be too loud for some people and too low for others, if it is too fast it may induce a stressful situation, if it is too slow it may not convey the urgency of the request. These kinds of problems make level 3 in some respects more difficult to design than level 4. It is no coincidence that some manufacturers, such as the aforementioned Volvo, have declared their intention to ‘skip’ level 3, moving from level 2 technology directly to level 4.

Having said all that about SAE levels, let’s get back to Elon Musk’s exuberant remarks. It has just been discovered that Tesla has admitted that its autonomous driving does not go beyond level 2, far from the level 4 or 5 (full autonomy) that Musk had envisioned in his statements.

According to the director of the ‘autopilot’ software used in the company’s cars, Elon Musk’s tweets do not correspond to ‘engineering reality’. It’s not easy to find such categorical denials of the company’s tweets from its CEO. To do so, we had to dig (and dig a lot, because whoever prepared that document attempted to edit it out) into the statements Tesla had to offer to the California Department of Motor Vehicles, which emerged thanks to a document obtained by PlainSite.

The document states that ‘Tesla indicated that they are still firmly in L2’, where that ‘firmly’ suggests that the move to the next level of autonomy is not even close at hand for the company. So much for the Level 5 promised “soon” by the South African billionaire.

The document also reveals that the Tesla vehicles that are testing an advanced version of the autonomous driving module, known as Full Self-Driving City Streets, are only 824 (instead of the massive deployment envisaged by Musk), of which 753 are Tesla employees.

As is often the case, the unstoppable Elon Musk generates false expectations in users and the market. However, this should not distract (too much) from the fact that, amidst headline-grabbing statements and software still in beta test, Tesla is driving the autonomous driving industry forward in the eyes of ordinary people. Cruise, Waymo and other companies test in a few specific locations around the world, or on private race tracks, but Tesla has opened the window on autonomous driving to a much wider audience. The internet is full of videos like this one of Tesla customers driving point-to-point, allowing the car for an extraordinary level of autonomy. Let’s just hope no one gets hurt. 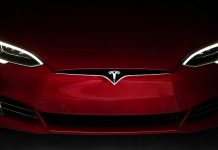 Tesla launches Full Self Driving on US urban roads