According to recent studies there are around 11 million jobs currently carried out by humans which will be replaced by automation within the next 20 years. When I say automation I mean machines, commonly referred to as ROBOTS.

The jobs at highest risk are those in the transport and retail sectors. In fact the transport sector could have 1.5 million jobs, that’s 74% of the current workforce, replaced with automation and 60% of retail. Not surprising when you see how popular online shopping has become – who needs a high street shop?

Almost 750,000 have been lost in manufacturing to automation just in the last 15 years alone.

Even Stephen Hawking the renowned scientist fears that AI or Artificial Intelligence could eventually spell the end of the human race.

He said while primitive forms of artificial intelligence had already proved very useful, the future consequences were very serious.

“Once humans develop artificial intelligence, it would take off on its own and re-design itself at an ever-increasing rate, “.

“Humans, who are limited by slow biological evolution, couldn’t compete and would be superceded,” he said.

It’s ironic that he uses newly developed AI by Intel to communicate at a faster rate now than he could before.

The system, developed by Intel over three years, reduces the number of moves needed to spell out words, while giving Professor Hawking new functions such as sending email attachments.

“Hawking’s typing speed is twice as fast and there is a tenfold improvement in common tasks,” Intel said in a statement.

This is of course fantastic news for sufferers of Motor Neurone Disease or similar conditions of which there are millions of around the world and it shows AI in a very positive light.

Some people regard it as frightening – what are all the people whose jobs are being replaced supposed to do? Others just see it a natural progression of human ingenuity, another type of industrial revolution. Everyone will just have to adapt. After all we have unmanned aircraft ( drones) flying around our skies now but they are still controlled by humans albeit remotely.

It’s not all doom and gloom though.There are areas where jobs are being created which are in the health and social work sectors, 1 million since 2000.

The Education, Communication and Information sectors are apparently where the most secure jobs are with less likelihood of automation, not surprising as people will always want to talk to people, so if you’re just entering the jobs market or even in your mid- thirties looking to secure some sort of future then these areas would seem the logical choice.

Then there’s sport – a real bastion of human activity and if you’re good enough very lucrative. No-one’s going to want to watch a man/woman vs machine are they- well apart from chess which, let’s face it, is not a sport.

We may want to watch machine vs machine which is already popular with programmes like Robot Wars, but it’s man/woman vs man/woman we really want to see due to the all too human desire to be the best and win!

We humans are an interactive species – after all who of us prefers to hear a human voice on the end of a phone instead of the endless automated menus we’re very often subjected to? (Trouble is once you’ve gone past the automated menu and you finally speak to a human you’re asked to repeat all the security information you’ve already given to get this far in the first place! but that’s a different subject for another day!).

No one knows exactly how it will turn out but one thing’s for sure it’s going to be an interesting ride – probably in an automated self driven car. 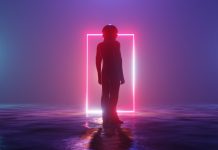 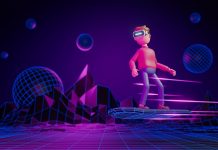